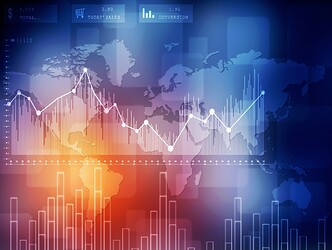 The market expectations of a hard landing for the economy would be overall detrimental for the commodities demand. A soft landing, on the other hand, would be bullish for certain commodities given their restricted supply situation. In the current environment, the market continues to be negatively correlated with the strength of the economy, given the willingness of central banks to taper inflation. The FED is particularly focused on high self-induced inflation via the job market, raising expectations of a tighter monetary policy and the risk of a hard landing for the economy. In a continued rate rising environment and stabilizing inflation, leading to correlating real rates, gold (and precious metals) continued to trend down, particularly in USD terms (-10% YTD in USD, about flat in EUR terms). Base metals were also down, copper continued to show weakness (-21% YTD). 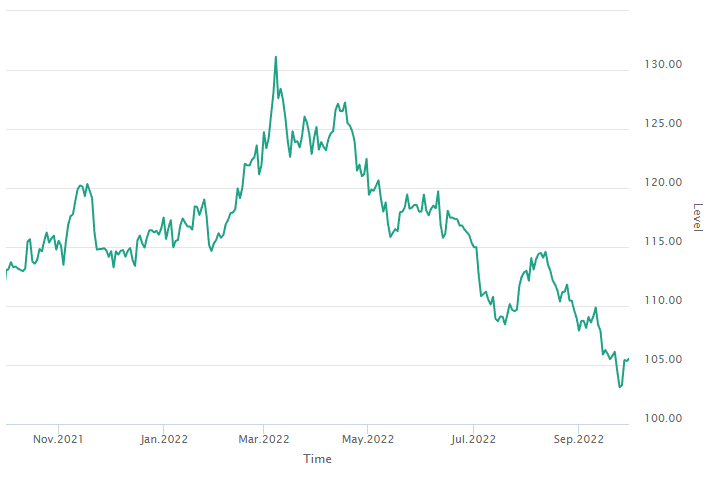 The situation is somewhat different on the petroleum complex due to the geopolitics involved in the sector, which continues to see an expected lower demand from a slowing economy (although post COVID normalization on travel should somewhat balance it). But at the same time, high risks of supply restrictions due to the war in Ukraine are expected. The recent OPEC+ announcement that it may consider a quota cut as large as 2mb/d, is not representative of the fact that most of the producers are already producing below their current quota, so such a cut would allow them to be aligned with the new quota and would amount to an effective cut of circa 0.5 mb/d. It is not the cut by itself which is fundamentally bullish but the fact that producers can’t produce up to the level of their quota. Crude oil demand seems to be increasing from emerging markets and China in particular. A coordinated EIASPR release is a possibility, should the price go high enough, but it seems like OPEC is indeed on a collision course with what is hoped for by the West.

Grains were less affected by market sentiment but renewed fears about the ability to export grains from Ukraine were supportive of the sector. As the harvest is completed, uncertainty around storing and exporting has become the main concern. Cotton harvest was better than anticipated, as mid-August drought was expected to make the US harvest the lowest in 10 years, and like many other commodities this year, after an early rally the price moved down 24% in September.

Volatility has increased overall with more uncertainty in the geopolitical environment and equity indices reaching new lows. VIX and VSTOXX reaching above 30 shows the level of uncertainty in the market and the risk of a hard landing in the economy. The breaking of this year’s previous low is always a trigger for volatility to reach new levels but only an acceleration of the bear market in equity will make volatility rise to new levels and get out of this year’s 20-30% current band.