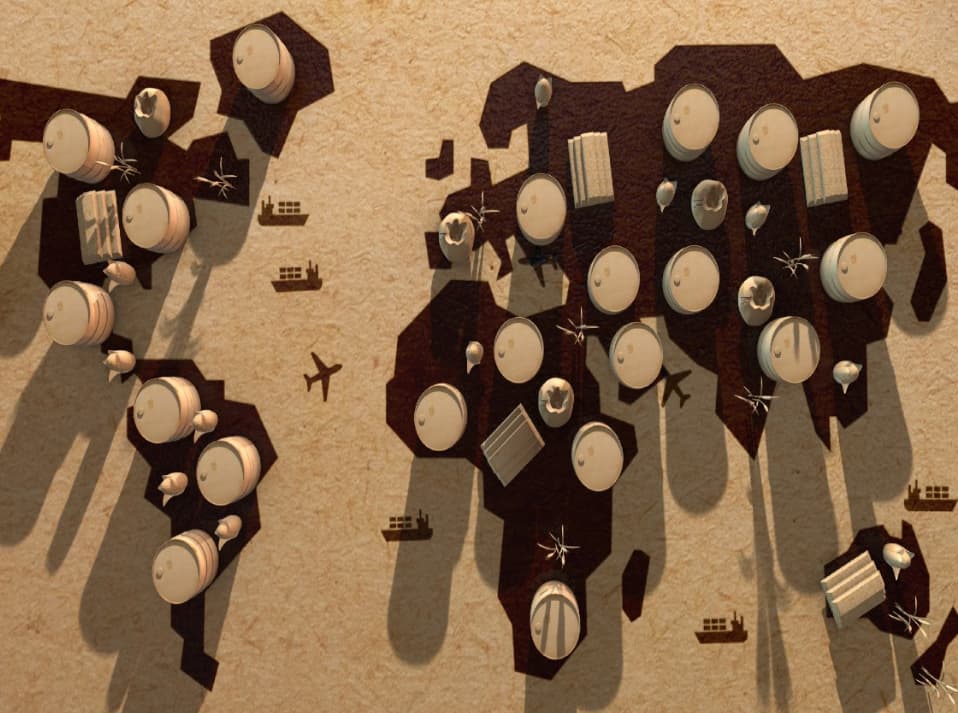 In October, implied inflation (from the 5 years TIPS) reached a new all time high with a strong shift in market sentiment now expecting much higher headline inflation early next year. Central banks’ reaction to above 5% CPI seems relatively muted. The 15bn$ per month FED tapering will last 8 months, thereafter we can envisage higher short term rates. Historically that’s a very slow reaction to such increased inflation. In such a negative real rates environment, the only commodity you want to be short is cash. The ECB comments also remain very dovish although European inflation is milder. Gold was up slightly last month (1.5% but remains the worst performing commodity this year -6%). Precious metal complex is positioned now as the best value commodity sector for next year. PGMs which have also been hurt by the supply shortage in the auto industry this year are starting to show positive momentum. Headwinds from China’s macro environment1 have not prevented metals to remain at high levels and move up on the month (copper up 7%). The risks around the property sector have not materialized into a widespread phenomenon, and are, for now, seen to have limited impact on base metal demand.

The petroleum complex reached new highs last month even with USD strength and an increasing rhetoric from the US government to prevent high energy prices from impacting growth. They could help to increase the oil and gas production but it seems the opening of rigs has been very slow and not facilitated (number of oil rigs still stands at 40% below pre-covid situation). The political debate between climate change and the production of coal and oil has increased the marginal cost of production. The spread between Brent and WTI has only tightened since the Biden administration took charge, reducing the energy cost advantage that the US benefited (Crude had been up to 10$ cheaper than Brent in 2018-2019). Elasticity of supply seems also slow on the OPEC side, where, to preserve the quota, they have to align the re-opening to the countries which have the slower ability to increase its production; it seems that their main objective is to maintain the market in strong backwardation to disincentive investment in exploration. OPEC countries still produce 5 mbd less than before the covid crisis, additional volatility is likely at this level given the geopolitical tensions in the Middle East. 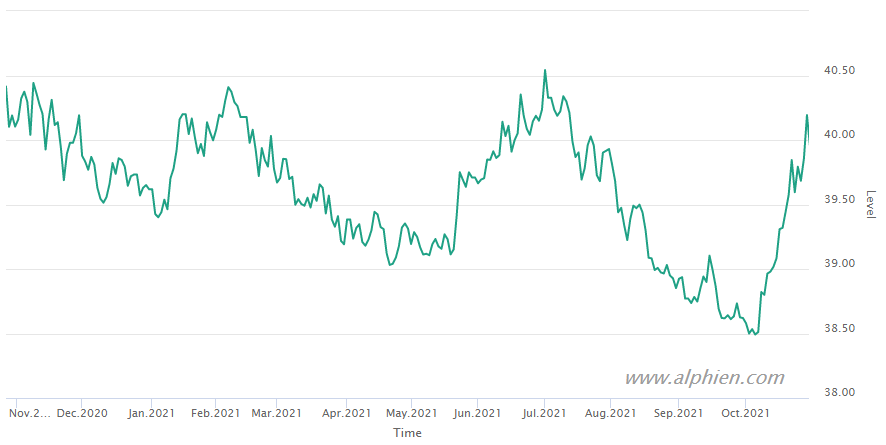 The grain complex remains at historically very elevated levels even if the 2021 harvest for corn and soybean have turned out better than expected. Farmers profitability at this level remains very high and for the next crop the shift towards corn will probably make the price lower in the medium term. The most surprising market has been the strength in wheat (which can’t be explained just by the inflation of raw materials). The NOAA released a 3 month forecast predicting a drought in US key growing areas mostly impacting winter wheat (in Kansas). Strong demand for EU wheat also supported prices, data from France (the EU’s largest wheat exporter) showed an increase of circa 25% of demand. A hike in Russia’s wheat export tax generated further bullish sentiment.

With earnings beating estimates for 80% of the companies in the S&P 500, October was the strongest month of the year for the index, up 6.9% and back once again at all-time-high. And despite a volatile month for rates, the inflation seems once again to be seen as “transitory” and the US 10-year yield is almost unchanged at 1.55%. This was however mitigated by some earning disappointments, namely in Big Tech, and a Q3 US GDP growth reported at 2% annualized, the slowest rate in more than a year. The VIX and VSTOXX are both down significantly on the month from ca. 23% to ca. 17%. The market also saw modest gains in precious metals with a slight decrease in implied volatility in the sector, ending the month at 13% for gold and 23% for silver. The month was pretty quiet however for other commodity sectors with practically no change in implied volatility, even for crude oil which is up 9% on the month but starting to show some signs of a pause in its uptrend.