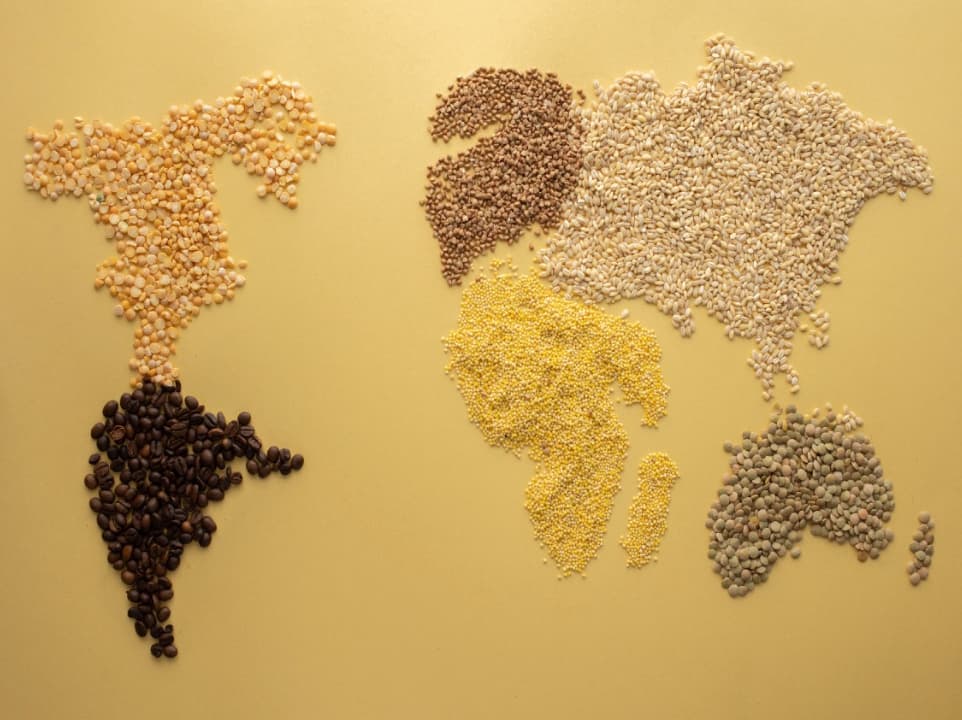 The ramifications of the conflict in Eastern Europe depend on the political will of the international community to economically sanction Russia. While the impact on the global commodity market is direct, the indirect inflationary impact is increasing cost of production, inducing further rate rise and slower growth. The short term economic impact is expected to be contained but the scenario of prolonged stagflation is increasing, making rate rises more difficult where financial conditions are already tightening1. The negative correlation between all commodities and traditional assets, due to the supply tightness, grants more legitimacy for investment in the asset class. This is increasingly the case for precious metals fully considered as a safe haven asset in the current regime, but also remain largely undervalued. ETF flows have increased over the past few weeks drawing interest not only from retail (as bitcoin has not played the ‘safe haven’ role that gold has), but also from institutional investors. The Russian central bank is buying gold from local producers (Russia being one of the biggest producers with China and Australia), and other central banks continue to increase their gold reserves (China, India and Brazil). Stagflation with rising rates remains a very favorable environment for gold even in a post-war situation. On the base metals side, shadow sanctions, defined as the risk that Russian commodities will eventually fall under or be affected by Western sanctions, is adding to greenflation (continued increase of demand provoked by the transition to the green economy). Even if Russian exports of copper, nickel and aluminum are less than 10% of the global supply of each market, the pre-existing supply deficit is making the potential risks of extreme tightness more likely. Nickel is a prime example where the 3 month LME contract nearly tripled (from $29’180/t to $80’000/t) without any fundamental news occurring during that time before it was suspended. Margin call requirements extended across other metals as investors were long triggering a sell-off of long positions with a market correction (aluminum -6%). With the risk of the Russian government potentially restraining the exports of these metals, even at these levels, prices are likely to continue moving up.

How much can the imposed sanctions meaningfully and sustainably reduce Russian oil exports even with carve-outs for energy trade? The current estimation is of 3 mb/d, China may well hold a crucial role in shaping how the oil market will rebalance and how much Russian oil exports end up shrinking with logistical constraints likely to prevent a full reallocation of flows toward Asia. In the best scenario, including the Strategic Petroleum Reserve release, the lifting sanctions from Iran and Venezuela, and UAE-Saudi surge of production could help offset a sizable decline in Russian exports but still put pressure on prices up to a level of demand destruction. Russian oil spare storage capacity (estimated at 80 million barrels), could be filled within a month and force Russia to cut production. In summary, the potential effect on the global oil market is not yet fully understood but estimated to be very large and triggering a global supply imbalance potentially raising the price of oil in the medium term to above 150 US/b. European gas prices have rallied more than 175% since the start of the conflict reflecting an estimated 75% probability of a full interruption of Russian pipeline gas flows to Europe.

Logistical disruptions to the Black Sea shipping, soaring costs and a growing threat to upcoming Ukrainian planting are set to generate one of the biggest shocks to the global wheat markets. The Ukrainian spring planting will be disrupted, by how much of the planting will be impacted depends on the duration of the conflict and the ability of farmers to operate. Wheat is now at a premium to corn for feedlots and that may put additional pressure on the corn prices. For the new crop, the price sensitivity to the US harvest (in particular US weather conditions) will be stronger than ever, with risk definitely on the upside even if the price already reflects the current risk. Even if grain exports don’t come under direct sanctions, the conflict has effectively blocked ships from the Black Sea, the Ukrainian government suspended commercial shipping and private operators to major ports, stopping their ability to store and load grains. 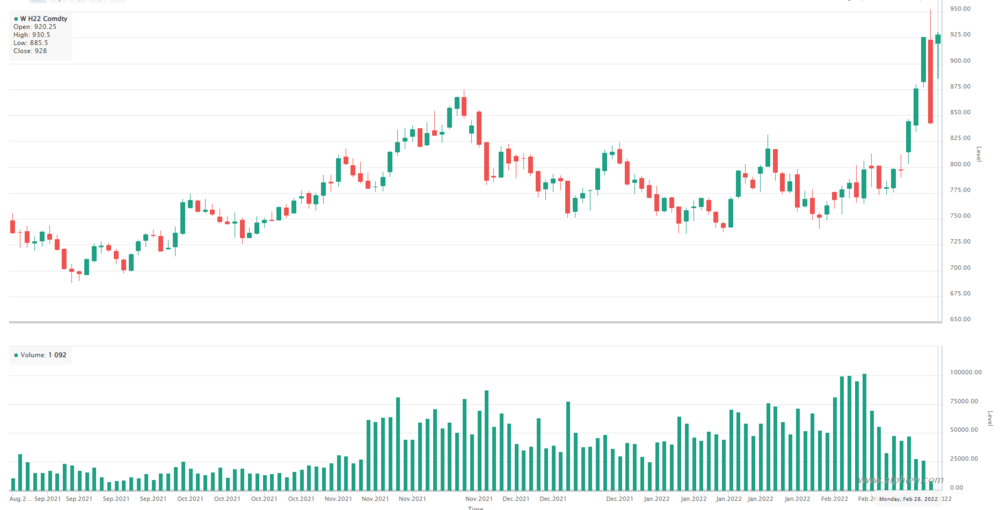 Since the end of the low-vol regime at the end of 2021, volatility has continued to steadily increase to new levels but at a much faster pace due to the Ukraine-Russian conflict. Geopolitics and the impact of the conflict in the European banking sector has made the spread between VIX and VSTOXX to be one of the highest in history. A spike above 40 for the VSTOXX (nearly touching 50 intraday) is a combination of the risk posed by the conflict but also the possible impact of stagflation in the stock market. A level above 40 is usually signaling a distressed scenario that doesn’t last. Volatility also increased on the commodity complex with crude volatility crossing 100% and gold volatility reaching 30% (levels not seen for years). High volatility regime is expected to continue but at a lower level, the cost of hedging has become high with an increased correlation between commodity volatility and equity volatility.