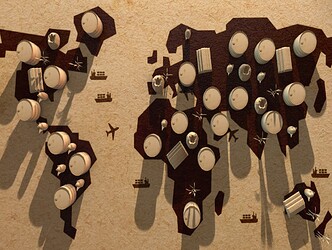 The impact of slower growth, or even recession, on commodities is being felt, while at the same time the upside tail risks are increasing due to geopolitics. The current situation is very different from last year where demand was strong in a limited supply situation, which overall depleted surplus and inventory, leaving risk on the upside accentuated. In recent months, market participants have shied away from commodities, reducing their long positions, which has recently changed to more of a two way flow in precious metals. The US job market data is giving clues on the likelihood of additional Fed rate hikes and has led to short term movements of gold (down on the month also due to the USD strength). A dovish shift by the FED will be supportive. Base metals are more likely to be affected by the global recession risk as long as the European energy crisis does not de-escalate and Chinese zero covid policy remains in place. Copper is nearly 20% down year to date. Short term macro headwinds (including USD strength) and the structural long term tightness of the market remains but may be incorporated in the price only when growth concerns have passed.

The narrative surrounding the implementation of a G7 price cap on oil has been received with concerns from OPEC, as the concept of having a consumer based ‘cartel’ would not suit favorably in their ongoing strategy to set price in order to maximise long term oil production. This has been shown by their recent agreement to agree to oil supply cuts to defend the price in conflict with G7 wishes to see prices lowered. Which could be avoided if a Russian targeted tariff approach had been used instead of an embargo and a price cap. The policy also provides Russia with political excuses for retaliation (as seen in the gas market) to have cuts extended to the oil market. Such a retaliation risk would strongly unbalance the market to the upside, to probably higher than what was seen earlier this year. The European gas situation is having a domino effect on global gas prices (particularly the Henry Hub fixing), pushing coal prices higher as well as increasing the incentive for more productions. The US production has risen rapidly with the number of active wells increasing and with limiting export ability, prices could be capped around 9$/mmBtu. 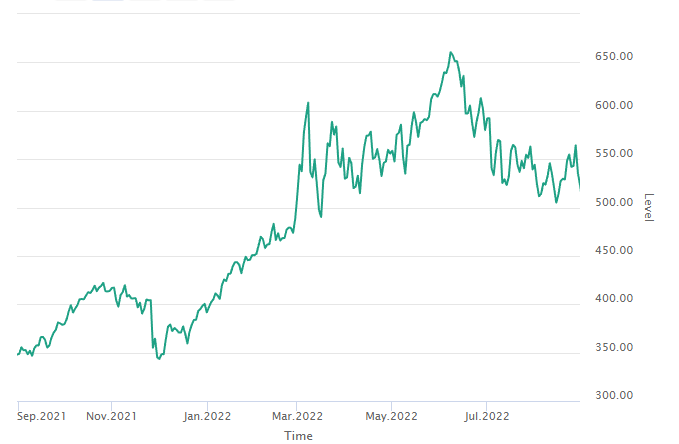 Grain markets have been very volatile but implied volatility in that space was much higher than realised over the past few weeks and given the reduced uncertainty, volatility is expected to come down. With wheat prices 35% off their pre-harvest highs (due to the crisis in Ukraine), Russia remains the most competitive origin in terms of price and has thus brought US prices down. Concerns about Danube river levels (at an all time low) are not yet cutting off the export flow from Ukraine (Danube accounts for 50% of Ukrainian exports in July). Weather-induced volatility has calmed the market in August after the US corn belt turned hotter and drier last month.

Commodity implied volatility has maintained a high level but is trending downward, tail risks being higher on crude than on gold, a two way market seems to be stabilising prices and would release pressure on the volatility market. On the macro side, equity indices volatility has surged after a trend down with the recent bearish equity market resurfacing in the wake of the continued interest hike expected in the US and recession risks in Europe (VIX moved from 21% level back to 27% levels in the last few weeks and VSTOXX from 23% to 28%)