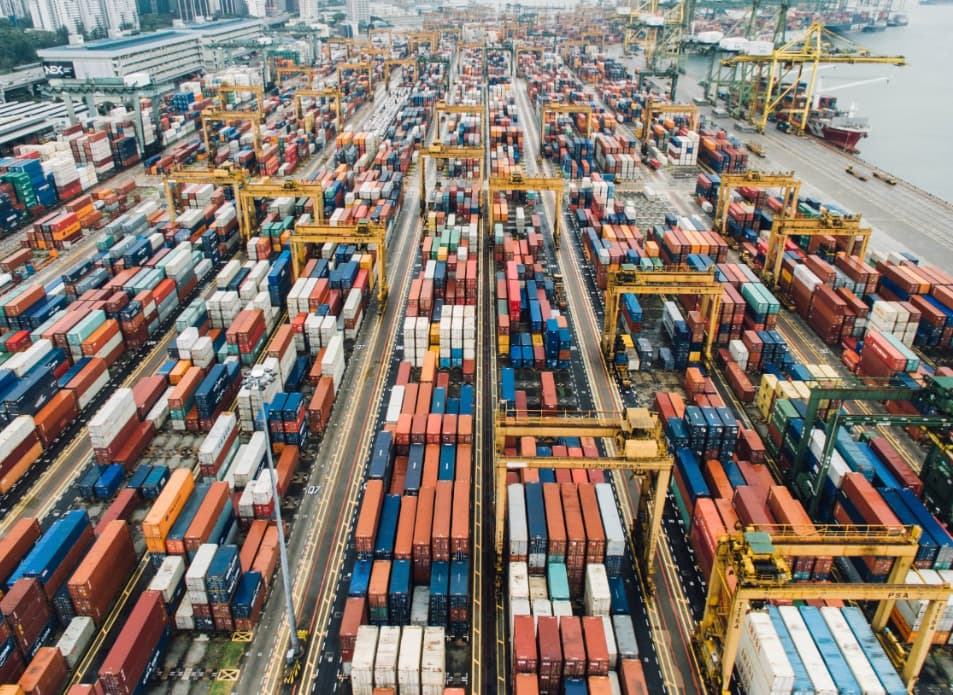 Green growth seems to be at the center of the post-Covid manufacturing expected recovery. The share of the population having received a first shot of the vaccine stands between 25% and 50% of the population for Europe and US, which has had a direct impact on hospitalisations, fatalities and return to normal. The expected surge in activity has already been well priced in the equity market with the latest economic numbers stopping to surprise on the upside. The bullish flows in the commodity asset class have benefitted the energy and base metal sectors the most with a strong emphasis on copper (up 33% YTD, +11% in April). The 22-23 April climate summit and the pledge by several countries to cut GHG emissions subsequently attracted big flows from investors. The increased focus on climate by policymakers has come at a time where fiscal largesse and deficit programs are being implemented and directed toward commodity intensive growth. The US, China and Europe are all starting to shift their discussions of trade policy toward one centered around carbon border taxes and strategic competitiveness. If green capex is at the center of the commodity super cycle, base metals importance in this transformation remains understated, particularly compared to oil (i.e.“Copper is the new oil”). The outperformance of bitcoin vs gold seems to have stalled and show that even though they are both used as store of value the latter is more of a defensive asset and more decorrelated. 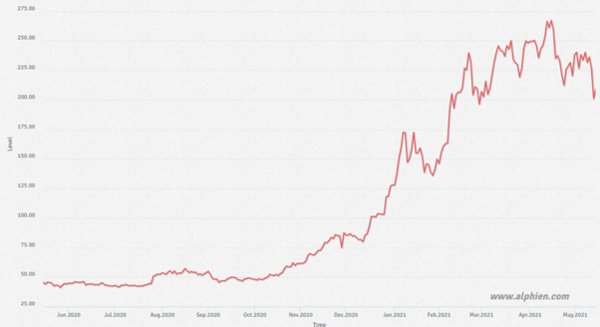 Petroleum consumption has remained constant around 95mb/d over the past six months and below the consumption growth trajectory expected by the market. Demand has been reduced in Latin America, India and certain parts of Europe with the recent wave of COVID infections. The pace of global vaccinations coupled with warmer weather helping to reduce transmission will have a direct impact on mobility. Global jet demand is expected to recover by 1.5 mb/d for the summer holidays season. US product demand averaged 19.8mb/d, up 5 mb/d from 1 year ago. A potential US return to the Iran nuclear deal could significantly increase global production and also make things more complicated for OPEC+ to manage its member’s quota (as per last month, full compliance continues to be achieved). Global LNG balances remain tight with the price differential between European and US gas increasing incentive of US exports, putting upward pressure on Henry Hub gas (+8%); UK gas (+26%).

Freezing temperatures across the US have slowed planting in key growing regions and raised concerns about the well-being of planted crops. The impact of this cold snap on prices is exacerbated by the current tight supply environment. Wheat and corn were up circa 20% in April. Interestingly enough, on the demand side the move has been driven by corn consumption and purchase by China, a new player in the international market. Prices have reached such levels that wheat is used as a substitute for feed. Soybean price (+7%) had less impact given its estimated high price this year even with a delayed harvest in Argentina due to heavy rain.